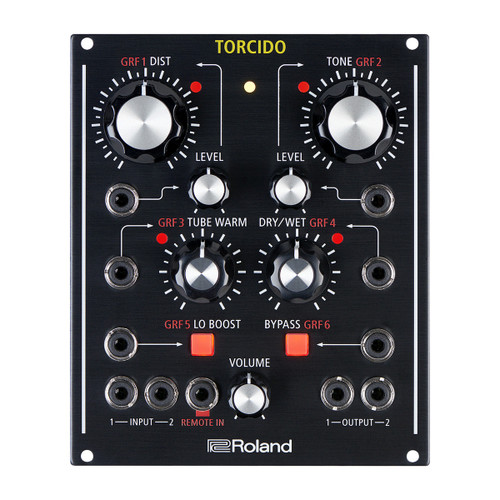 TORCIDO is a versatile modular effect combining classic Roland distortion sound and unprecedented control and flexibility. Able to be used as a tabletop unit or as a Eurorack module, and with an array of CV/Gate inputs, this compact 21 HP unit has a wide range of uses from studio production to live performance. Not only for modular synth users, TORCIDO is perfect for keyboard players, guitarists, DJs or any adventurous musician looking to expand their sound. Carefully crafted in Japan, TORCIDO has large, ultra-smooth controls with over 16 million steps of resolution and is fully re-programmable via computer or tablet.