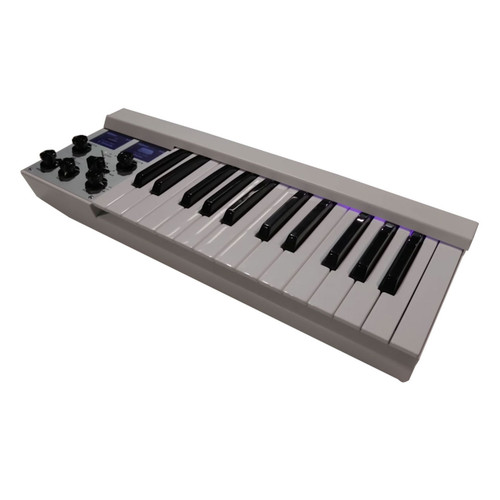 The Mellotron M4000D Micro is the smallest version available of the M4000D Digital Mellotron, and includes many of the features of the full-size version. One hundred 24-bit uncompressed sounds are immediately accessible, sourced from original first-generation Mellotron and Chamberlain tape libraries. An octave selector switch provides access across the same range as the larger M4000Ds from Micro’s two-octave keyboard. The semi-weighted keys and MIDI connections also allow the Mellotron Micro to be used as a high-quality controller in your studio or on the road. Additional controls include octave selector, volume, tone, normal/half-speed play and pitch adjustment.